7 Ways the Parliament Stepped Up to Challenge Climate Change in 2015 | parliamentofreligions.org
Skip to main content

A Historic Remembrance & A Critical Call to Action

"I don't know how, any country, can plan for the future if it still envisions the possibility of the outbreak of nuclear war and the use of nuclear weapons."

END_OF_DOCUMENT_TOKEN_TO_BE_REPLACED

The Parliament's Ambassador on Climate Change, Karenna Gore, presents United Nations Secretary General Ban Ki-Moon the declaration for Interfaith Action on Climate Change presented at the 2015 Parliament and signed by faith leaders, scholars and activists within the interfaith and environmental movements. Her father, Al Gore, former Vice-President of the United States and founder of the Climate Reality Project, looks proudly upon her. Karenna Gore is Director of the Center for Earth Ethics at Union Theological Seminary and recently emceed the 2015 Parliament plenary on climate change held October 15 – 19 in Salt Lake City, Utah.  In 2015, Gore becomes the first Ambassador to represent the Parliament of the World’s Religions on climate change advocacy at the invitation of Parliament Board Chair, Imam Malik Mujahid.

2. Parliament POWRs Up With a 15-Day Climate Challenge

For the 15 days leading up to the COP21 International Conference on Climate Change, the Parliament challenged our global community to make personal lifestyle and habit changes to reduce the individual’s impact on the environment. Participants shared their experiences using the hashtag #PoWRClimateChallenge. Commitments ranged from cutting back on animal product consumption to opting to take public transportation instead of driving.

3. "Embracing Our Common Future: An Interfaith Call to Action on Climate Change"

It reads, in part:

"...Effective action today needs to be focused on two imperatives:

Because the climate crisis is unprecedented in its scale and complexity, no single government, institution or religion can bring about the urgently needed solution. Action is needed at all levels: personal, local, national, regional, and international...."Read more…

Commitments challenged each of the Parliament attendees to increase personal awareness of climate change advocacy, legislation and strategies to curb the carbon footprint we produce individually and within our organizations. The commitments also call for activists to improve relations between interfaith organizations and guiding institutions creating media and setting climate policy. 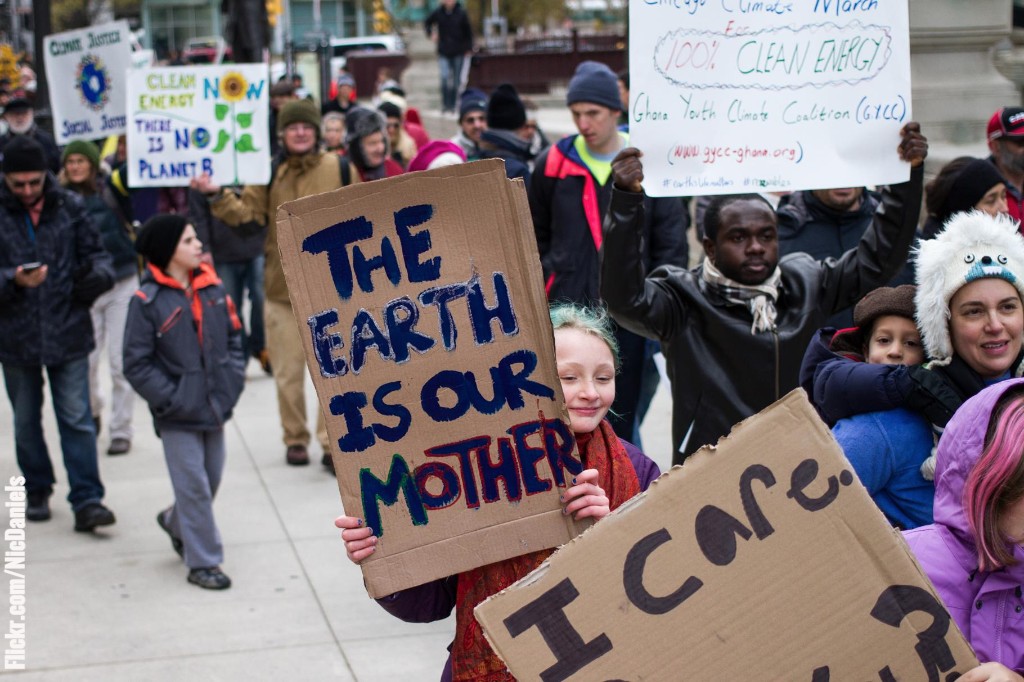 4. Taking on Avaaz's Challenge to March for Climate Justice (Parliament Staff and Volunteers Rally in Chicago)

Parliament team members and volunteers were out on the streets of Chicago November 29 to stand up for the only earth we have at the Chicago Climate March for Justice. Patrick M. O'Connell for Chicago Tribune spoke to organizer and Parliament Chair Imam Malik Mujahid on the scene. His article reports Mujahid "decided to arrange the Chicago event in connection with worldwide protests organized by avaaz.org, a group that advocates for global issues, including climate change. Similar rallies were held worldwide the same day. 'We need to be responsible for God's creation,' Mujahid said." Read more > 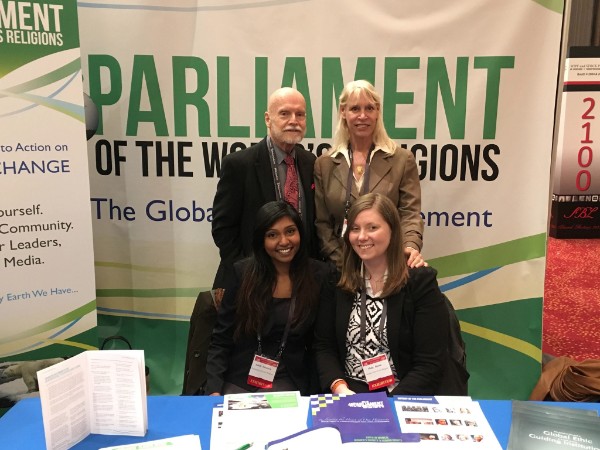 5. Connecting with International Scholars at the 2015 American Academy of Religion Conference

In late November, members of the Parliament team including interim Executive Director Larry Greenfield, Board Vice-Chair and Women's Task Force Chair Phyllis Curott, Programming Director Amali Dabarera, and Communications Director Molly Horan greeted the attendees of the 2015 American Academy of Religion Conference in Atlanta, GA. More than 100 authors and scholars across the academic fields of religions would endorse the 2015 Parliament declaration for interfaith climate action. 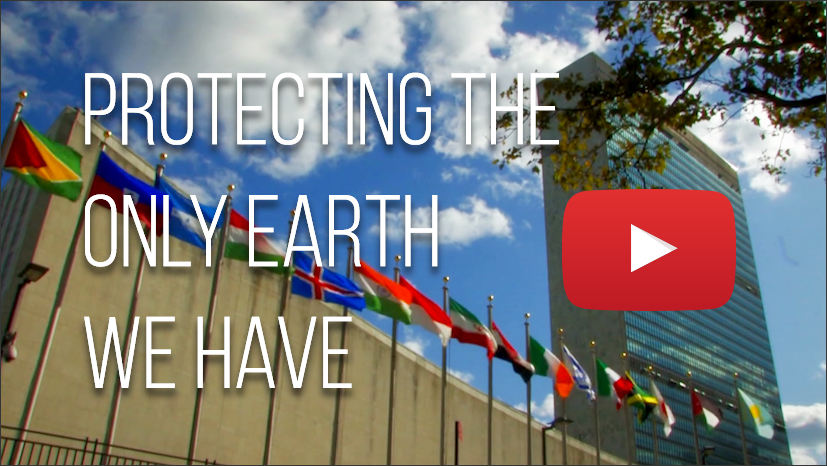 6. Calling the World to Interfaith Climate Action through “Protecting the Only Earth We Have,” a Parliament-produced video premiering at the 2015 Parliament 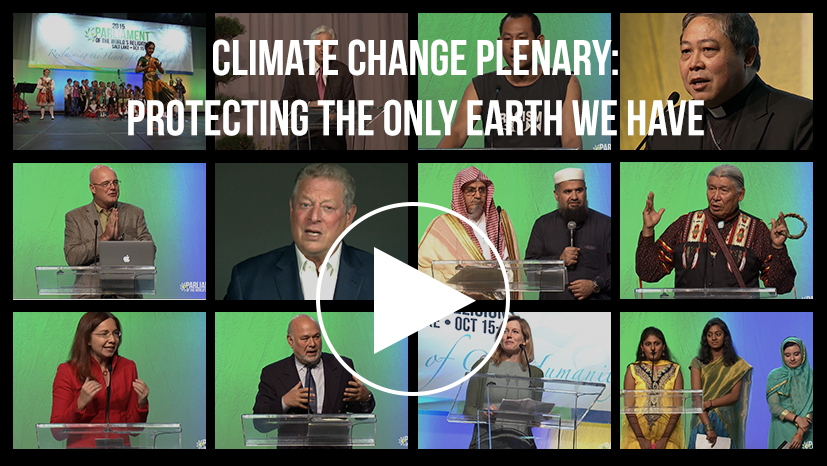 7. Bringing Together More Than 10,000 Activists, Professors, Clergy, and Global Leaders from 73 Countries and 50 Faiths to Confront Climate Change at the 2015 Parliament of the World’s Religions