Over 7,000 persons registered for all or part of the 1999 Parliament. Over 75 nations were represented. The country with the largest number of registrants was South Africa, followed in order by the United States, Taiwan, India, United Kingdom, Canada, Korea, Singapore, France, Germany, Australia, Bangladesh, Hong Kong, and Indonesia. Between 4,000 and 5,000 persons were in attendance each day.

In Zulu, Vukani means “wake up” –– a fitting name for the Parliament’s daily newsletter. Each day in the Cape Times, one of Cape Town’s leading newspapers, a special section was devoted to the Parliament. Each issue contained photos and coverage of the day’s events, including: highlights for upcoming days; interviews with presenters, participants, and religious and spiritual leaders; schedule changes and corrections; and other daily news. Vukani proved to be a wonderful source of information for Parliament participants and for all Capetonans.

Some sessions were offered daily, while others were offered less often, depending on the wishes of the person or group leading the prayer or meditation. In addition, a quiet meditation space was available in the Technikon all day every day. After initial confusion on the first full day about locations and scheduling, this dimension of the program ran relatively smoothly and was richly appreciated by participants. 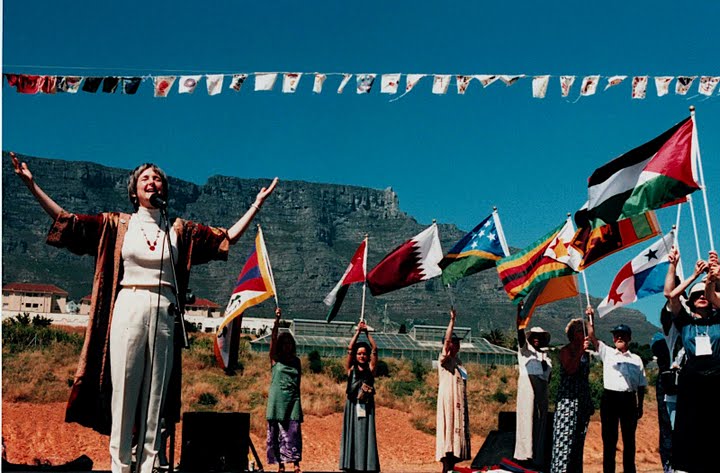 In addition to the morning prayer and meditation sessions, each evening a moving half-hour celebration (readings, song, and prayers from various communities) was held in the lovely outdoor setting of the District Six Stage (and on one occasion at the Good Hope Centre, prior to the evening plenary session). Religious leaders from many traditions offered prayers and blessings, and a rich variety of musical offerings made these celebrations an unforgettable part of the Parliament experience for many participants.