One of the most popular dimensions of the Parliament program was the inclusion of a wide variety of performances — exciting and inspiring spiritual and cultural performances including music, dance, and drama from around the world — not only in plenary sessions but also at several venues and times during each day. City Hall was the principal performance venue, with continuous programming daily. In addition, the beautiful outdoor amphitheatre at the Technikon hosted delightful noontime concerts each day, when no other programmes were scheduled. Music from several cultures was featured, but the emphasis was on the sounds of Africa. Finally, on occasional afternoons, additional musical and cultural performances took place on the District Six Stage. Throughout the Parliament week, local performers will share the stage with visitors from many lands; but the music will be universal. 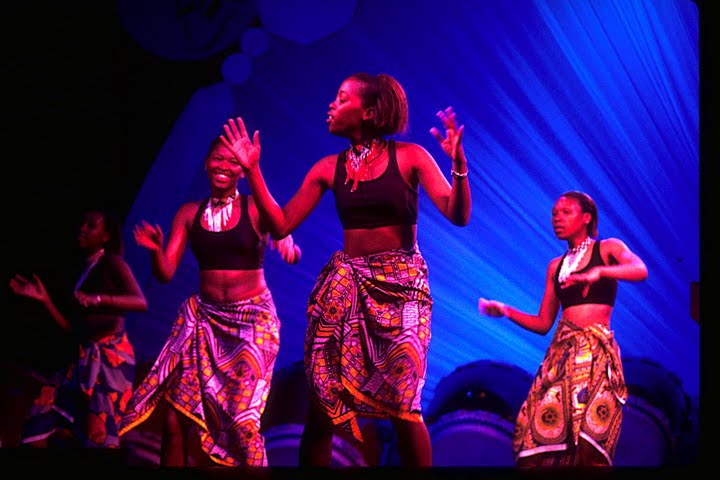